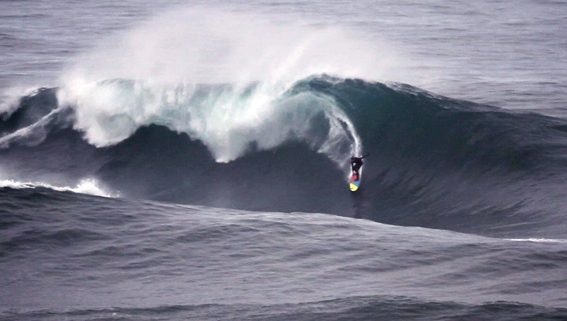 You can’t do it- That’s Wonderful!

I came across a nice LinkedIn post from an individual this morning where he listed down an array of demotivators thrown at him when he moved to Canada a year ago such as “You will not find a job in your field”, “You will not be able to have a senior position if you want to settle here”,” You will need to adjust your expectations downwards” etc etc. He then proceeded to proudly share that “He was glad he only listened to himself” as he was now on the Board of Directors of a reputable organisation within that year.

I assume most of us have come across such situations in our personal & professional lives where we are faced with similar statements/doubts expressed on capabilities. There can be one of three outcomes in such a situation, 1) Get demotivated/stop attempting, 2) Not affected/carry on as planned, 3) Challenge becomes a huge motivation/multiply the effort. In my personal experience these have actually proved to be huge motivators to try to accomplish what has been stated as “can’t be done”. Granted that subject to limits of science and supernatural not everything will be possible but hope you get my gist:-).

It was the year 1993, I had just given my year 10 exams ( sort of equivalent to GCSEs) and had about 4 months of holidays coming up. Although it has been quite common for 14+ year olds taking up jobs in Europe, Americas etc., in the Northern Indian town of Faridabad where I grew up it was almost unheard of ( landscape has changed a bit over the last decade or so but still not common) due to multiple factors such as too young, family reputation, limited belief in capability etc. However, in very simple terms, in my heart I wanted to learn the value of money and expressed a desire to my family that I wanted to work . You guessed the response right…”You can’t do it”. The third outcome as above kicked in and I stepped up efforts to find a way. As luck would have it, found out about a boy known to my family who I learned had starting going to Delhi as he had taken up a job there. Spoke to him and was told that he works for a toy company. Somehow convinced my father to accompany this boy called Happy for one day and see if it was something decent to be involved in.

As agreed with Happy, I reached his home the next day at 7:30 AM to go to Delhi with him. Not sure why, but surprise surprise, he had left without me. Now definitely couldn’t just go back home and miss this golden chance and in those days there were no cell phones so couldn’t contact Happy either. I remembered Happy had told me that the company he works for is based in “East of Kailash”area in Delhi and had shared the company name. Armed with these 2 pieces of information, without ever having travelled alone to Delhi and that too on Public transport, I headed for the old Faridabad train station( Google hadn’t graced our lives yet:-)). At the station enquired about the train stop I should get off at in Delhi to reach East of Kailash and learned about Okhla, my destination station for the day. Once I reached East of Kailash ( it was not a couple of blocks, more like a small town), I started enquiring about this Toy company and after about an hour, luck smiled and a phone shop( called STD/ISD booths in India) which this toy company used to route their long distance calls gave me their address.

Late morning, I arrived at A3-East of Kailash, which was originally a house but now had offices in the basement & ground floor and someone’s residence on the upper floors. The toy company’s office was in the basement. When I entered the office, my friend Happy was there and was suitably surprised. Anyway, spoke to the boss and found out that this particular office employed people for door to door selling of their Soft toys and board games. They said they would give me a trial for a week and I jumped on the chance. So that day in April 1993, armed with around 20kgs of toys and games on my shoulder, with a desire to learn and motivated further by “You can’t do it”, at a grand age of 15, on the streets of South Delhi was my first day at work!

That day defined my life. I ended up working there for the remaining 3 months and that is where my love for Sales was born. There are many other memories of knocking on doors, my first sale etc. which I might share in future posts. Since then, there had to be a component of work along with my studies and I ended up working part-time all through my graduation in Sales roles.

Most of the times “You Can’t do it” challenge has worked positively for me as a motivator and also as a catalyst to help push boundaries, get out of comfort zone etc on multiple occasions. It is not surprising that the same must have played a huge role in the lives of many people we have come to respect such as Muhammad Ali, Nelson Mandela, Richard Branson etc. and must be a key ingredient in their success.

So next time, someone says to you” You can’t do it”.. just say and feel “That’s Wonderful!”