What a few weeks of UK politics it has been. Looking at it with my Lens on Intent, it was interesting to see different perspectives and thought might be a good idea to share. I am not going to comment on what was right, what could have been better or on the suitability of various candidates etc. I am purely going to focus on my view of how I saw intent formation amongst different stakeholders since Boris went, to Liz Truss’s ascent, descent and finally the coronation of Rishi Sunak including decisions of Boris and a perspective on Why did Penny drop?

If you have not already read about my thoughts on How intent is formed or have watched my TEDx talk on the subject, let me refresh your memory. I believe the development and the strength of the Intent of any individual is dependent on the interaction between “Belief “ and “Relevance”. The stronger, the belief and relevance in a particular situation, the stronger the Intent which then is directly proportional to the action that is taken or not taken. I call this “ THE BRIA Model”

Let us start with a few months ago when Boris resigned. Do you think he wanted to go? I don’t think so. So what happened that made him give that resignation speech? Yes yes, I hear you that he had no choice, his support was diminished etc. etc. but coming to the cold end of it, what really led to that decision? Let us put my thinking of BRIA into practice, Beliefs, Relevance, Intent, Action.

Did Boris believe in himself and that he was doing a good job for the country, “ Getting the Big things right” Yes, of course, he did. Until the avalanche of resignations, did he feel his actions were relevant to the positive future of the party and the country? I think he did. My reference point is his performance at the Liaison committee on the 6th of July where I personally think he batted various questions and barbs reasonably well and the strength of his intent and the resulting action i.e responses to various questions even until then was reasonably robust. It is when the downpour of resignations started that his feeling of relevance to his party maybe started getting weakened a bit. So although his belief was still strong, the diminishing relevance weakened the intent to stay on and hence we saw the action of resignation.

Coming to Liz Truss, I think it is a slightly different story. Here, even if the belief in the actions that were being taken was strong, I think there could have been more work done on communications on making those actions feel more relevant to colleagues, and stakeholders both within Government and in wider markets and the general public. Even if some of the policies were strong, their potentially feeble relevance in the current circumstances could have weakened the intent of the markets and other stakeholders to support them.

Now coming to the Coronation @ Diwali of our new prime minister Rishi Sunak and the events leading up to it. I believe the relevance of Rishi potentially strengthened over the past few days due to multiple factors such as:

In this situation, even if some might doubt the belief people had in Rishi, his relevance was potentially too strong in the current circumstances that led to the formation of intent amongst many MPs of supporting him and the resulting actions of endorsement.

With Penny, I noted that her tweet of withdrawal came at almost the last minute possible at 13:58. What does that tell you? There was a very strong belief amongst her supporters until the last minute. One can absolutely understand that as she is an extremely strong candidate with very strong credentials, It is just that her relevance at this moment in time was potentially not as strong as Rishi and hence the intent to support Penny at this particular time amongst MPS was maybe not as strong and Penny had to drop.

Disclaimer: These are my thoughts in a personal capacity and do not represent thoughts of any particular group or committee.

There is only 1 you, Live it, Love it and Launch it! – That’s Me Talks by Ankur Shiv Bhandari – Episode 05 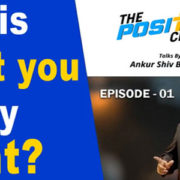 Is this what you really want? - The Positive Charge Talks by Ankur Shiv Bhandari - Episode 1 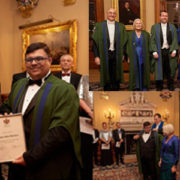 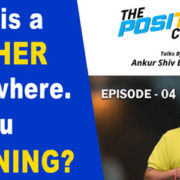 There is a Teacher everywhere. Are you learning?- The Positive Charge Talks by Ankur Shiv Bhandari - Episode 04 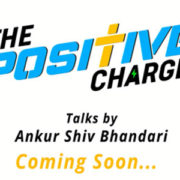 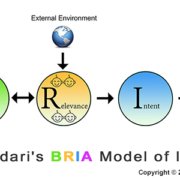 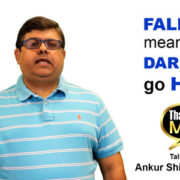 Want to join the discussion?
Feel free to contribute!

Aek Life- One Chance to Live: A perspective by Ankur Shiv Bhandari
Scroll to top